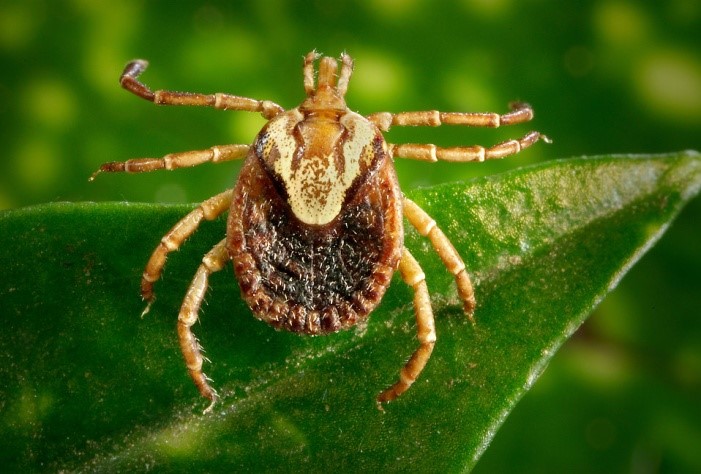 As the warm weather reaches Markham, everyone becomes more active. We all enjoy a walk through the park with our best friends or enjoy a sunny spot in the garden. However we aren’t the only ones. Tick’s are becoming more prevalent in Markham and with them the identification of the diseases they spread.

A tick is extremely hardy. They can lay as many as 1000 eggs at one time and those eggs are very resilient. A tick egg can survive two years waiting for the perfect conditions and once they hatch, the larvae transform into the nymph stage which can be small as a grain of rice. They climb to the top of wild brush and long grass stalks, waving their feelers and questing for a new host.

Unfortunately it is often our pets and our children who are closest the ground and are most at risk.

How Common are Ticks in Markham?

Tick’s are becoming more prevalent in Markham, and with Idexx’s Real Time Disease Report’s for 2016 have already identified 395 cases’ of Lyme disease in Ontario as well as 37 other tick related cases. They have been related to serious diseases such as Lyme Disease, Anaplasmosis, Babesiosis, Ehrlichiosis and Tick Paralysis.

Markham has identified black legged ticks as potential carriers of the Borrelia burgdorferi bacteria, the bacteria that causes lyme disease. Tick’s often lie close to water supplies where animals drink, such as rivers and ponds which are common in the Markham area, but are also transferred by the passing of wild animals such as foxes and rabbits..

Where do I check for ticks?

If you take your dog old walking, before you take him inside be sure to check around his ears, inside the pinnae and out. Also check under their armpits, between their toes and under their tail. Remember, before a tick has had its first blood meal its very small and can go unnoticed for days. 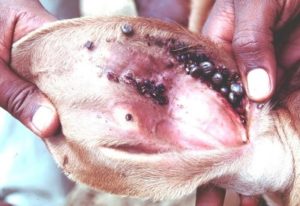 What are the Symptoms of Tick Diseases?

Dogs are described as asymptomatic. When a human is bitten by a diseased tick, it quickly becomes apparent with fever, nausea and joint pain,.

However in dogs the disease can lies dormant in the tissue for two to five months waiting for a weakened immune system to become active. Even then, our dogs are stoic, living with symptoms such as fever, lethargy, swollen joints and decreased appetite until we notice they’re a part of a larger picture which may include life threatening illnesses such as kidney failure.

The 16th Avenue Animal hospital recommends annual testing for tick related diseases. The good news is that the same test can identify lyme disease, anaplasmosis, ehrlichiosis and heartworm all at once. Our goal is to identify the disease before the symptoms take hold. If detected early they may never develop those symptoms which in most cases are irreversible and cause life long difficulties.

What if I find a tick?

Many websites recommend using smothering agents such as petroleum jelly or nail polish remover but as the tick dies, this may increase the risk of the tick continuing to release dangerous bacteria into the body.

Instead a tick can often be removed safely at home with the careful use of tweezers or commercial tick removal tools. Do not squeeze. Use these to grasp as close to the skin as possible and slowly pull. Wipe down with alcohol or soap and water to minimise infection and place the tick in alcohol for identification and further testing.  Please ensure the head has removed as well, otherwise it may require surgery to prevent further infection.

Emergency Clinics Near Us